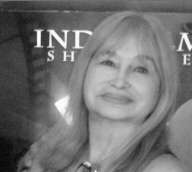 Ms. Giroux is the former President and CEO of a publicly traded telecom company. Previously, Ms. Giroux produced over ten films in the United States and Canada, where she assisted in Co Production film financing and production under the Co-Production Treaty between Canada and Europe.