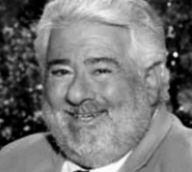 Mr. Weiner has more than 35 years experience creating and running a multitude of different businesses. Mr. Weiner was the founding officer of Gemini Financial Corporation, a NASD Broker / Dealer from 1970 through 1975, was President of APA, Real Estate Syndication Company from 1975 through 1978, was Managing Partner of Agri-World Partnership from 1978 through 1983 – an agricultural project syndication company with offices throughout Europe and the Middle East.

Mr. Weiner was a Founding Officer / President of Regent Properties from 1985 through 1990, and Chief Executive Officer of Wise Industries from 1990 through 1993 – a company specializing in pollution control devices. He has served as Vice President of Finance for Global Entertainment Holdings since December 2000 and been a Director of the Company since October 2003.